We all love a good romantic— or hot — sex scene in a movie.  Hollywood has always been good at titillating our imaginations and coming up with ways to add drama and intrigue to what is (let’s be honest) already a pretty good act.  Sometimes the movies fail in trying to be creative, but every once in a while something magical leaps off the screen and into our laps that tickles all the right places.

These scenes go down in history.  We talk about them with close friends at dinner parties.  We imagine them with our significant others (or total strangers). It’s that extra spice that seems like it would just send us over the edge if we could experience something so intense. But, have you really reviewed those scenes without rosé-tinted glasses?  I mean sometimes we struggle to smoothly remove our socks, much less have the athleticism, choreography, or audacity to pull that stuff off!  So let’s take a look at some of the most famous sex scenes of all time and assess: Could this actually happen in real life?

John (Mickey Rourke) and Elizabeth (Kim Basinger) go through the groceries, teasing, licking, and eating an entire grubhub delivery off of each other.  But let’s be honest here—in this day and age of gluten intolerance, lactose intolerance, keto and god knows whatever other kinds of special needs people’s diets need—this is just poor taste.  Is she allergic to shellfish? Better put that shrimp away. Not to mention any nut allergies. This silly idea from the 1980s just needs to stay there.

Lily (Mila Kunis) and Nina (Natalie Portman) break the competitive dancer tension by attacking one another in a lust-filled romp.  But wow, did you check the velocity at which they were travelling when they couldn’t stand it anymore and raced across the bedroom to one another?  In reality, that’s gonna be a serious dental bill for at least one chipped tooth, and probably a whole new bridge. We’ll passé on this one.

Brad Pitt and Angelina Jolie— I mean, come on, these are two beautiful, beautiful people.  You’d think one couldn’t find anything glaringly wrong about this sex scene, right? Wrong. Gunplay?  Are those safeties on? The last thing Brad wants is his pistol going off prematurely. Plus, given John and Jane’s relationship history, you’d think he would know better than to let her be armed.  Guys screw up enough in the bedroom and often can’t work their partner’s equipment well. There certainly doesn’t need to be firearms involved to make it more complicated. Unsafe sex folks. It’s not good.

Frank (Keanu Reeves) and Lindsay (Winona Ryder) make love in a gorgeous field.  One word: Chiggers. Look them up! They’re little field bugs that make you itch.  Not to mention ants, beetles, bees, wasps, boll weevils, gnats, horseflies, horse manure ,and whatever other manner of plague can be found out in the open country.  Spontaneous? Yes. But you’re gonna need a bucket of calamine lotion afterward.

Bradley Cooper (yeah, I bet that got your attention!) and Michael Ian Black can’t contain their passion for each other in a rustic cabin.  Ok, it’s actually a sweltering hot shack. I can’t imagine how bad it smells in there! Sure you want to find somewhere private when the mood strikes but you might pass out from heat exhaustion just watching these two sweat it out!  Let’s be real here: We all prefer air conditioning and 4000 thread count Egyptian sheets!

Crash (Kevin Costner) ends this “baseball” movie by making love to Annie (Susan Sarandon) in a clawfoot tub full of water.  As they get more involved, gallons, I mean GALLONS start spilling out. You’re gonna lose your security deposit if you do that, let alone break a limb trying to grab your towel afterward. This is a strikeout.

It takes no time for billionaire Christian Grey (Jamie Dornan) to basically stalk Ana (Dakota Johnson) and then present her with a non-disclosure agreement in order to have sex with her among his BDSM toys and bondage accessories. Though she doesn’t sign the paperwork she still gifts him with her v-card and never seems to be that offended that he’s trying to turn a romantic tryst into a contractual one. There’s nothing wrong with some kink in your free time (you do you), but the whole control freak thing is sooooooo 1950s. The legalese belongs in the boardroom, not the bedroom. 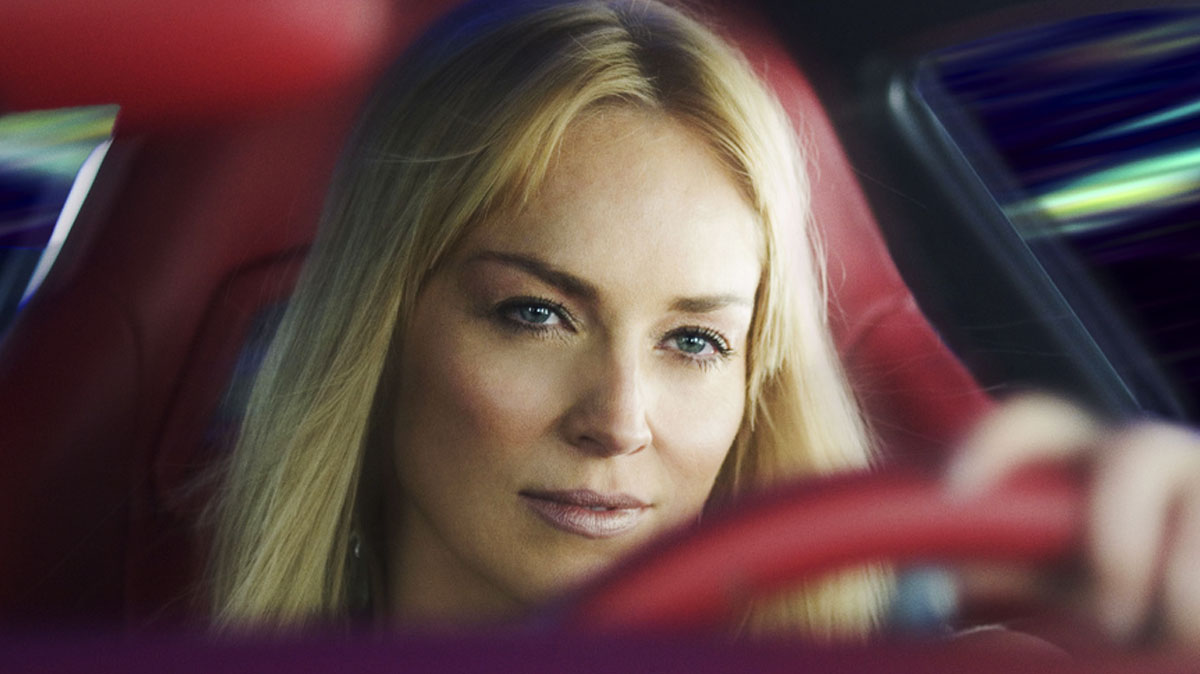 Catherine (Sharon Stone) pleasures a man with her right hand while speeding down the highway in a sports car.  I think we all know how this turns out if tried in real life. A much higher insurance deductible, a trip to BoBo’s Autobody shop, and a ticket from a police officer who won’t be afraid to ask, “Mam, why weren’t both your hands on the wheel?” 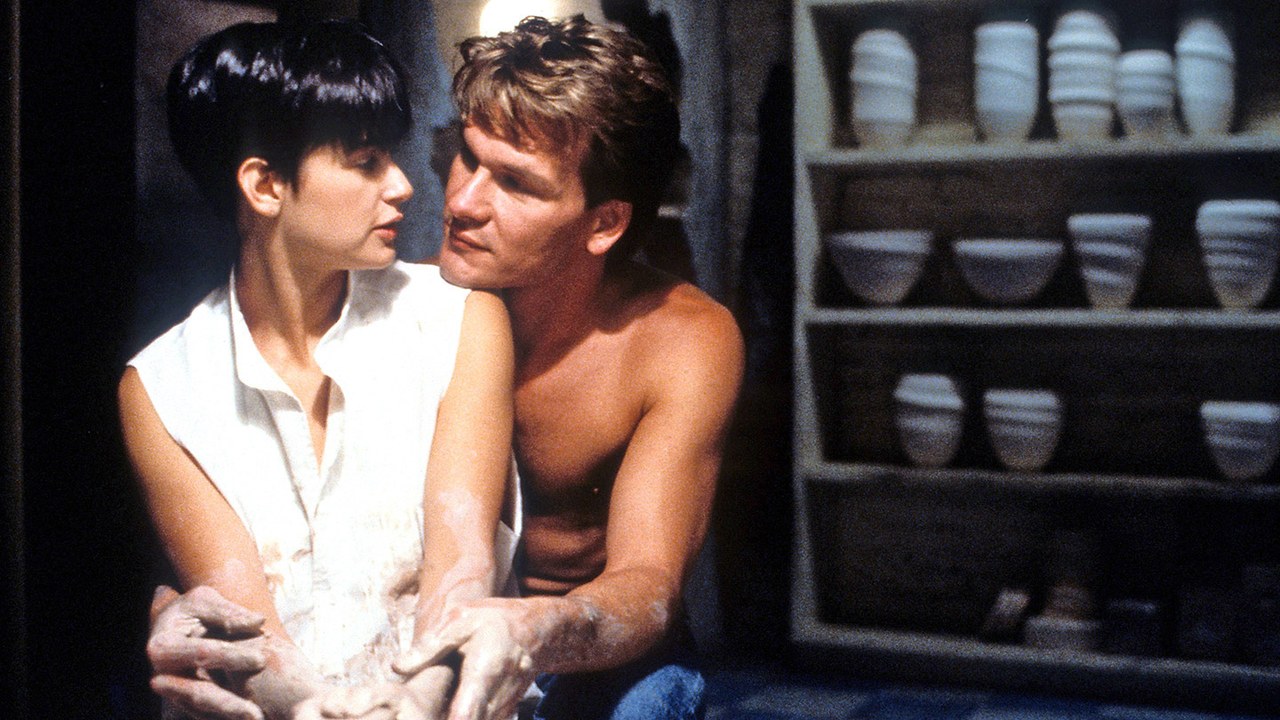 Awwww …. Patrick Swayze and Demi Moore, this one is a classic. They get crafty while using potters clay to sculpt out the hands and bodies of each other into one another.  In reality, that mushy stuff gets in every crack and crevice and then it hardens and DRIES! It will take weeks to get clean, much less out of your hair and nether regions!  Better them than you!

So there you have it. Real Life.  Sorry to burst any bubbles, but these acts are probably not going to go well if you try them.    However, if you are in a relationship and are lucky enough to be with a partner that explores ideas, fantasies, and realities with you, than more power to you.  The important thing is mutual respect, caring, and communication and you can turn almost any night into a legendary climactic moment. It can be simple intimate moments.  Or it can be wild and intense fantasies. Just remember to keep the fire extinguisher and a first aid kit handy! 😊