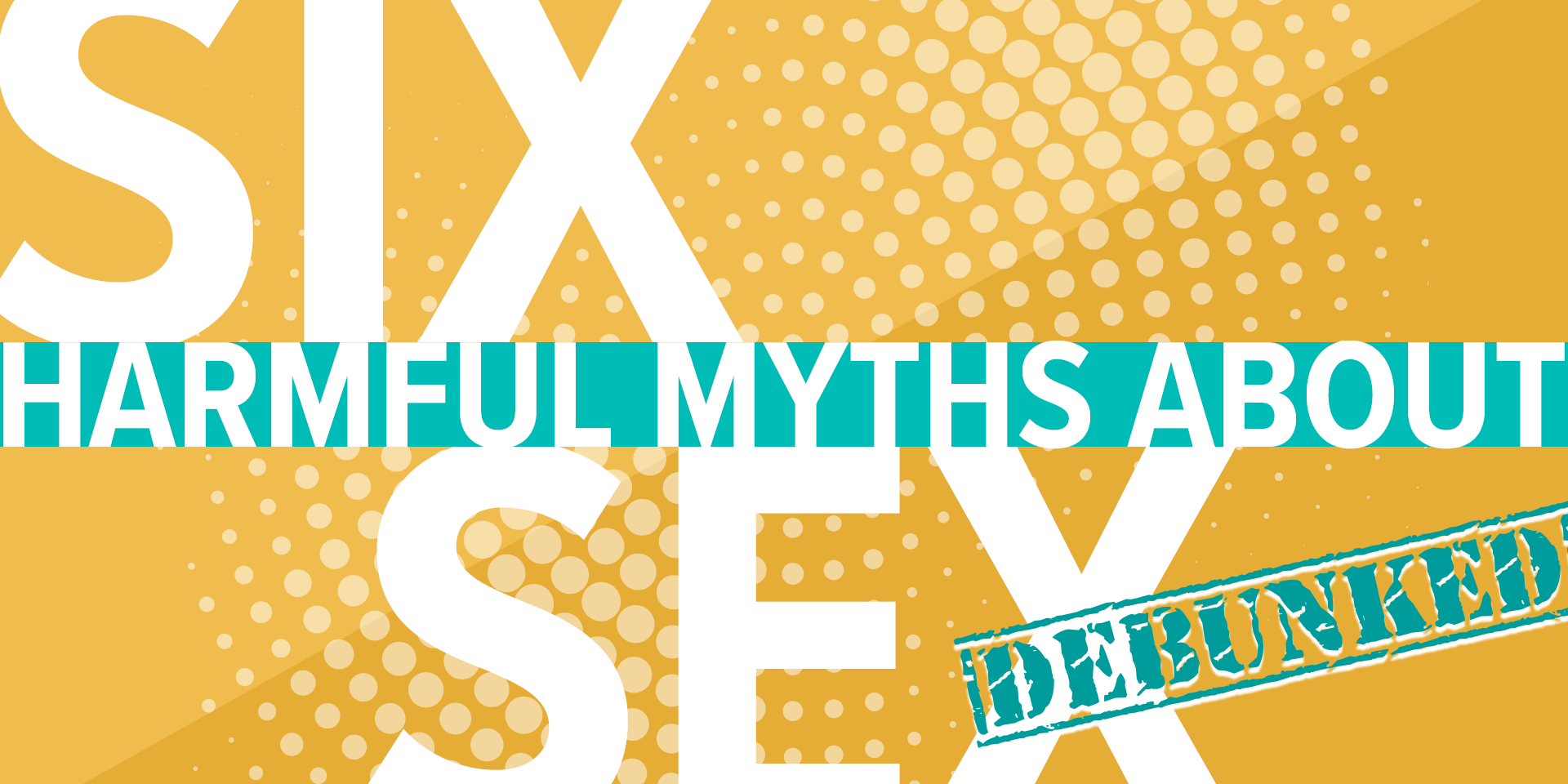 Let’s talk about sex, or rather, everything people get wrong about sex. There’s a lot of misinformation out there. Whether from an ill-advised sex education curriculum, your family, your friends, or even on the covers of magazines — a lot of people have confusing, and often conflicting, information on what goes on in the bedroom.

With that in mind, here are 6 myths about sex we want to debunk:

No, your vagina can’t stretch out after having a lot of sex. Michael Castleman provides a great explanation in Psychology Today: “The vagina’s tightly folded muscle tissue is very elastic, like an accordion or the mouth. Try this: Pull the corners of your mouth out toward your ears then let go. What happens? The mouth immediately snaps back to its pre-stretched state because the tissue is elastic. Do it 100 times. There’s no permanent stretching.”

For many women, orgasm comes by external, or more specifically clitoral, stimulation. According to a 2017 study published in the Journal of Sex & Marital Therapy, only 18.4% of women reported that intercourse alone was sufficient for orgasm and 36.6% reported clitoral stimulation was necessary for orgasm during intercourse. In addition, 36% of responses indicated that, while clitoral stimulation was not needed, their orgasms felt better if their clitoris was stimulated during intercourse.

That’s why it’s important to not put so much pressure on orgasming from internal stimulation alone. Not being able to get there isn’t a reflection on you or your partner, and you should explore what works for you.

Sex toys can be a great way to get closer to your partner and get more pleasure from the experience. Some people might have predisposed beliefs that sex toys are only for very lonely singles, but it’s quite the opposite. According to an article about sex toys on Mic.com: “One of the most negative myths about sex toys is that they’re just for single, or ‘lonely,’ people who have no option but to use something with a battery. Wrong. People of all relationship statuses use sex toys. In fact, 78% of women who use them report being in a relationship. They’re also not just for straight women. There are plenty of toys out there for same-sex couples, as well as toys for men.”

This couldn’t be further from the truth. Lube not only makes sex more comfortable, but it can make it more intimate. With the expansive selection of lubes that provide different sensations all around the market, it’s a great asset to add to your sexual tool-box. In fact, a study from Indiana University’s Center for Sexual Health found that 66% of women said lubricants made sex feel very pleasurable and more comfortable.

Try again! Men and women both experience sexual desire. According to a study done by the American Psychology Association, research on sexual arousal has historically focused much more heavily on men, which means women are often deprioritized.

More and more women are starting to stand up and shout in the name of sex— even if it means admitting openly when there might be a problem. Unfortunately, when women suffer sexual dysfunction, it’s treated as just a natural part of life, when in fact the reasons for low sexual desire may be due to something of their control. One in 10 women suffers from distressingly low sexual desire,1 which can be diagnosed as Hypoactive Sexual Desire Disorder (HSDD). Even women who had experienced sexual desire in the past can sometimes find that their passion has shifted.

This can negatively impact anything from body image to overall self-confidence. It can also lead to interpersonal difficulties with a partner. Luckily, if you are suffering from this, you are not alone. If you think you are experiencing low libido, take our quiz and learn how you can take action. HSDD is a treatable medical condition.